Apple released iOS 8.1 yesterday along with a smaller update for the Apple TV. I updated my iPad 2 and iPhone 5, both previously running iOS 8.0.2. Both of my devices have struggled with Apple’s new mobile OS, so my wife’s iPhone 5 and mom’s iPad 2 remain on iOS 7. I’m grateful that iOS 8.1 arrived so quickly after last month’s release of iOS 8. Last year, Apple mobile users had to wait until March- several months after iOS 7.0 was released- for iOS 7.1 (see related article, Still Waiting for iOS 7.1). But this year there was urgency to introduce Apple Pay, Apple’s new mobile payment system. I’m hopeful that iOS 8.1 also contains some performance and battery life improvements. 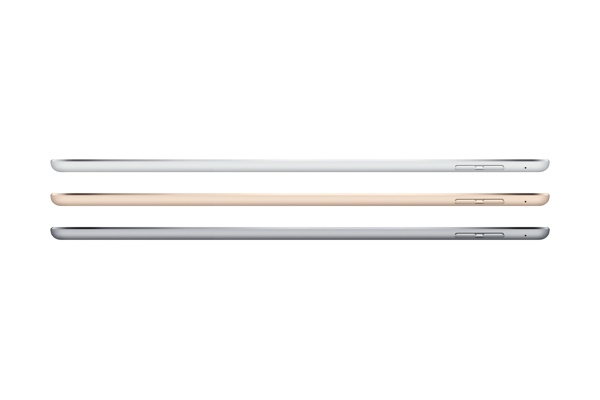 For the second year in a row, I’m on the fence about replacing my aging iPad 2. Last year, I avoided the iPad Air due to its lack of Touch ID sensor and stingy storage capacity (see related article, Why I won’t buy this year’s iPad). This year’s new iPad models add Touch ID, but the storage on the base models is still a puny (by 2014 standards) 16 GB even though the storage has been doubled in the mid-tier and top-tier models, just like the iPhone 6 and iPhone 6 Plus. The situation is even more pronounced if you want a smaller iPad Mini 3. While updated with Touch ID, the new Mini has the same A7 processor as last year’s iPad Mini 2, not the new A8 processor available in the iPad Air 2. Three years ago, I spent $499 US on an iPad 2 with 16 GB of storage and am just a tad bitter that today $499 US will get me an iPad Air 2 with- sigh- still a whopping 16 GB of storage. I’ll look for loose coins in my sofa so I can spend an additional $100 US for an iPad Air 2 with 64 GB, but expect me to complain (loudly) about it.

Enterprises should be thrilled that Touch ID is now standard across new iPhone and iPad models. And I’m hopeful that SAP will soon release updated apps like Mobile BI that eschew clunky application passwords in favor of Touch ID authentication. But developers such as Allen Pike have lamented that customers can still buy new products like the iPad Mini and iPod Touch that still use the three-year-old A5 processor designed for the iPad 2 (see his related article, The iPad Zombie). There’s a huge gap in performance between the A5 and A8 that app developers will have to manage for several more years. And I’m personally starting to notice increasingly sluggish performance from the apps I use every day.

Traditionally, Apple keeps older models on the market at lower prices. And this year is no exception. The two-year-old iPad Mini is $249 US to introduce iPad to a larger, more budget conscious set of consumers. But this year is the first that Apple’s new models have been deliberately crippled to encourage customers to upsell to pricier models. Whether it’s the iPhone 6, iPad Air 2, or even the new Mac Mini, the low-end models of each product have been designed like an automobile parked in the dealer showroom. You know, the standard model with the attractive price that the salesperson tells you to avoid because it has a lackluster engine or no air conditioning. John Gruber had a similar reaction on his Daring Fireball blog:

16 GB iPads work against the foundation of Apple’s brand, which is that they only make good products. Apple has long used three-tier pricing structures within individual product categories. They often used to label them “Good”, “Better”, and “Best”. Now, with these 16 GB entry-level devices, it’s more like “Are you sure?”, “Better”, and “Best”.

I’m an Apple shareholder and I love hearing about gross margins during quarterly analyst calls. But it seems that this year’s margins will grow not only due to increased sales volume, but due to Apple’s new upsell strategy. Apple Store employees will no doubt be coached to display more tact than “Well, you could buy the 16 GB model. If you’re an idiot.” But regardless of the tone of the messaging, I believe that is the message.

Will you purchase a new iPhone or iPad this year?

Other voices on the new Apple iPads