Are the SAP Mobile BI apps ready for Apple’s iOS 7? 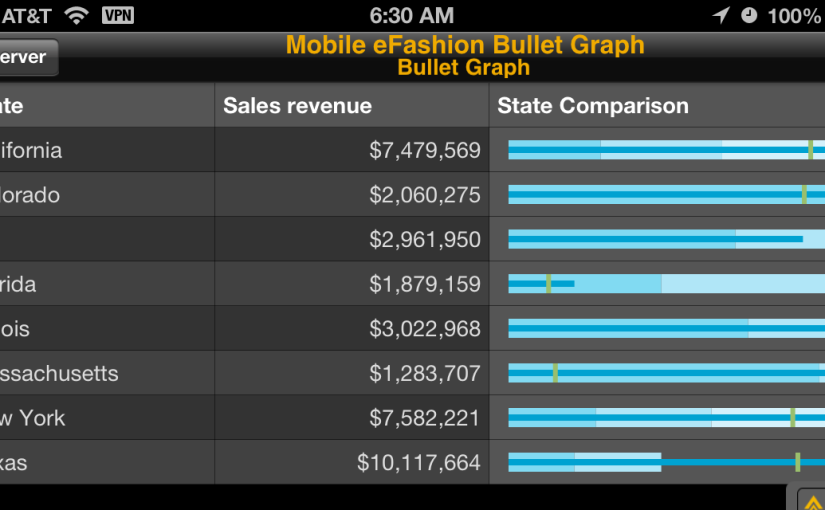 Is “yes and no” a good answer?

This week, on Wednesday, September 18, 2013, Apple will release its latest mobile operating system, iOS 7, to millions of users around the world. Its predecessor, iOS 6, experienced a rapid rate of adoption in the days immediately following its release. And according to Chitika Insights, currently 92% of all iOS users are running iOS 6, which is required for SAP BusinessObjects Mobile BI (see related Cult of Mac article, One Year Later, 92% Of iDevice Owners Are Running iOS 6).

What about SAP Mobile BI for iOS?

When I returned from last week’s 2013 ASUG BusinessObjects User Group in Anaheim, California, iTunes was waiting with dozens of app updates that either mentioned “minor bug fixes” or specific fixes for iOS 7 compatibility. Unfortunately, SAP BusinessObjects Mobile was not one of them. Thankfully, SAP has confirmed that there are no functional issues using the current Mobile BI 5.0.6 with iOS 7; however, there are a few UI issues that will appear until SAP releases a minor patch at the end of the month.

What about SAP BusinessObjects Explorer for iOS?

SAP has posted article entitled SAP BusinessObjects Explorer: What to expect from iOS7 upgrade on the SAP Community Network blog. Looks like the Explorer for iOS app will work if it was installed before iOS7 but not after.

Remember that Explorer functionality in the Mobile BI 5.0 app only works with the BI 4.1 platform so customers using Explorer on the XI 3.1 or BI 4.0 platform will continue to rely on the stand-alone app.

If- like me- you were at the ASUG SAP BusinessObjects User Conference last week, you may have missed the details of the new iPhone 5c and 5s announced last week. Although I can’t wait for SAP to take advantage of 64-bit processing available in the iPhone 5s (and most likely in a new iPad model that will be announced before the end of the year), the big news for enterprise customers has to be the Touch ID sensor in the iPhone 5s. I’m looking forward to seeing SAP integrate its application password functionality (which as a user I find a bit annoying) with Touch ID.

If your mobile users are gadget freaks that are likely to install the update on Wednesday, you should send them a short email today asking them to wait patiently for a couple of weeks. Gently remind them that if they update their mobile devices before SAP introduces patches, you are not responsible for any application issues with either Mobile BI or Explorer for iOS.

Thankfully, I am working from home over the next few weeks and won’t need to show Mobile BI to customers. So unlike last year (see related article, Today is iOS 6 Day, but not for you), I am installing iOS 7 on Wednesday for both my iPhone 5 and iPad 2. I think I can manage a couple of minor UI issues.

To be fair, I have not seen mobile updates for any of the other BI vendors (IBM Cognos, Oracle, SAS, Tableau, Tibco, etc.) prior to the introduction of iOS 7.  But if Words with Friends can be iOS7-ready before Wednesday, surely SAP’s Business Intelligence with Friends apps can be ready as well. Next year, let’s hope that SAP will join the long list of other vendors who update their apps for iOS 8 before the operating system goes live.

What are your plans for Apple iOS 7?