The big news from Microsoft this week was the announcement of Microsoft Office apps for the Apple iPad (a more limited app is available for the iPhone).

Fun and games are fine. But it’s time to put your iPad to work. #OfficeforiPad http://t.co/owFqLraERC

Sidenote: does anyone else find it odd that Microsoft so openly trashes Google as a competitor then posts cute little Google Vine videos on their Twitter feed?

The apps are “free” but an annual Office 365 subscription is required if you want to modify and not just view Office documents. My primary home computer is now a Mac (I avoid using my secondary Microsoft Windows 8.1 laptop whenever possible), so my family relies on Apple Pages and Keynote. We also have Apache OpenOffice on stand-by, if necessary, and my children submit school assignments using Google Docs. I have a license to use Microsoft Office at work and therefore have no need to send Microsoft a subscription fee every year.

@fraserspeirs Microsoft has supplied a workaround for printing from Office on an iPad: pic.twitter.com/nM11WQUJfn

I know that many people are excited about these new apps, but I’ve owned an iPad 2 for three years and have never missed Microsoft Office. As you can see from the iTunes screenshot below, there are many Microsoft Office alternatives already in the iTunes App Store. 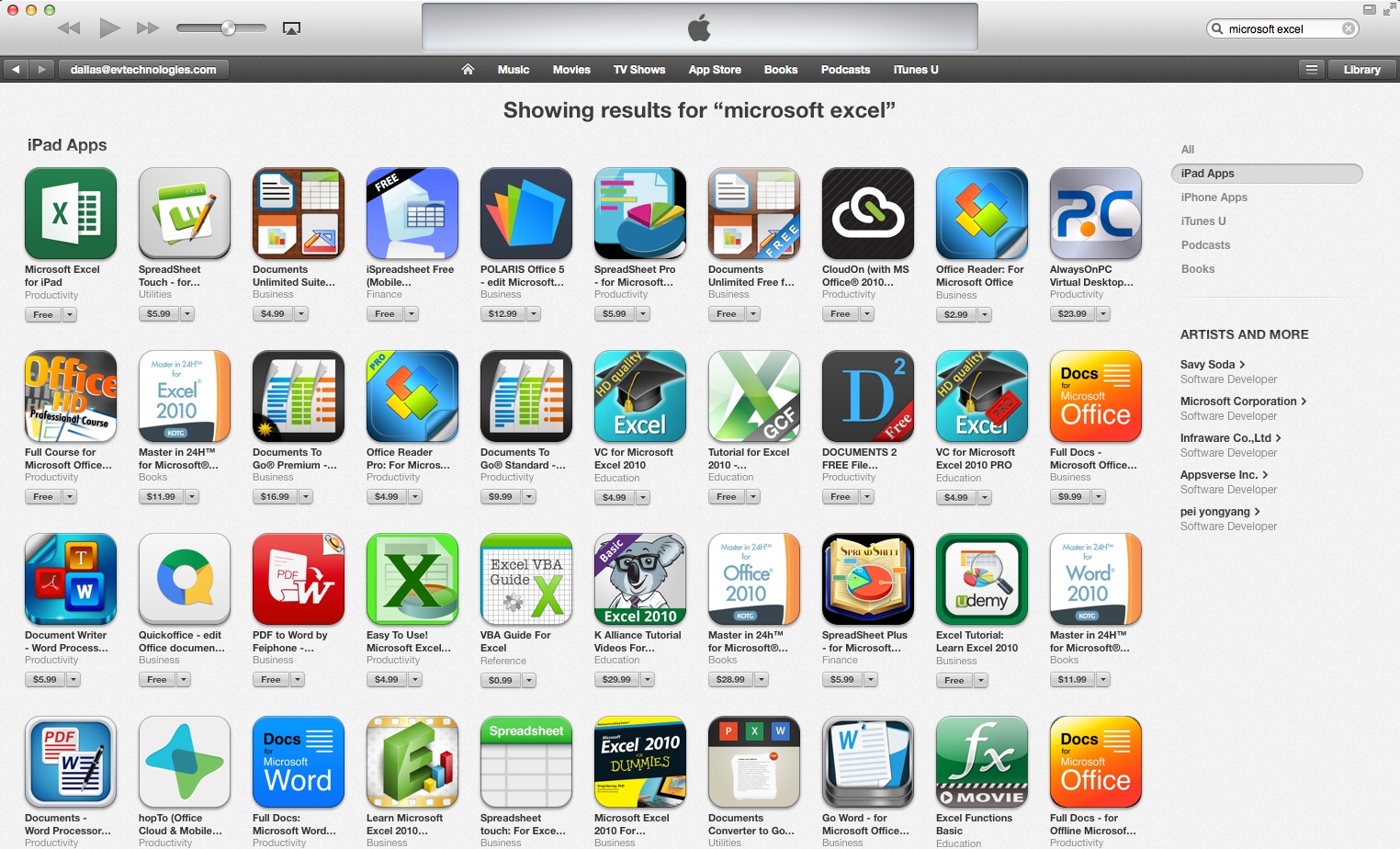 I use my iPad and iPhone to type out short emails or 140-character tweets using HootSuite. I use the WordPress app to moderate comments or fix the occasional typo that finds its way into my blog post. And I love Evernote for storing small bits of information that I may want to later cut and paste into a larger document. With Dropbox combined with Apple’s Keynote, I can either edit or present Microsoft PowerPoint presentations from my iPad. Presenting tethered with the iPad’s VGA adapter is a bit of a challenge for me. I’ll practice with my iPad in a hotel room but prefer to give presentations from my MacBook Pro and a wireless remote. I’ve never bothered to add a Bluetooth keyboard to my iPad because if I need to type something serious, I’m going to head straight for my laptop with a full-size keyboard.

I love showing off location analytics from my iPad or bullet charts from my iPhone. But I’ve never had the thought “gee, wouldn’t it be great if I could build a universe from my iPad?” or “when will Data Services Designer run on my iPad?” The SAP BusinessObjects Mobile BI app (updated yesterday to version 5.1.9) already supports prompts and Web Intelligence input controls (although I’m not sure I like the implementation of the latter).

But I would like to be able to use a universe query panel from the Mobile BI app, if not a full-blown HTML5 version of Web Intelligence similar to Tableau’s fully-mobile web framework (see related article, Tableau 8 Roadshow).

What mobile analytics innovations do you want to see SAP deliver in 2014? 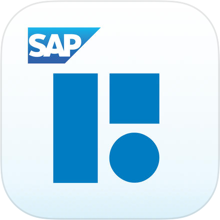