One of the primary topics in the SA210 Administration and Security course (formerly known in its XI R2 incarnation as Administering Users and Content) is the chapter on managing content. There are four basic methods for adding content to BusinessObjects Enterprise: InfoView, Central Management Console (CMC), Publishing Wizard, and the Save As command in various client tools. Many of the students that enroll in the SA210 class are full time system administrators, not universe or report developers. So it’s a worthy goal to familiarize them with tools that they may be unfamiliar with and how those tools add content to the BusinessObjects Enterprise system.

What’s not cool is the lack of consistency in the Business Objects client tools. In this post, I will describe the good, bad and – yes – the ugly of the Save As command across the product line. Let’s first begin with the good. 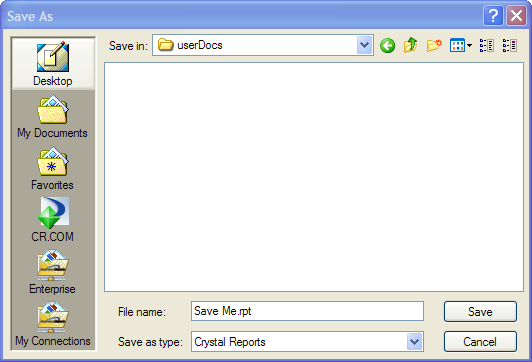 Crystal Xcelsius 4.5 used the same Save As UI as Crystal Reports. However, Xcelsius 2008 varies slightly to accommodate the feature set changes between the three flavors of Xcelsius 2008: Present, Engage, and Enterprise. This is immediately apparent from the File menu, as Save to Enterprise is clearly segregated from the usual Save As. Only Xcelsius Enterprise is capable of saving to Business Objects Enterprise. Likewise, there are two “open” options, the standard Open and Open From Enterprise. 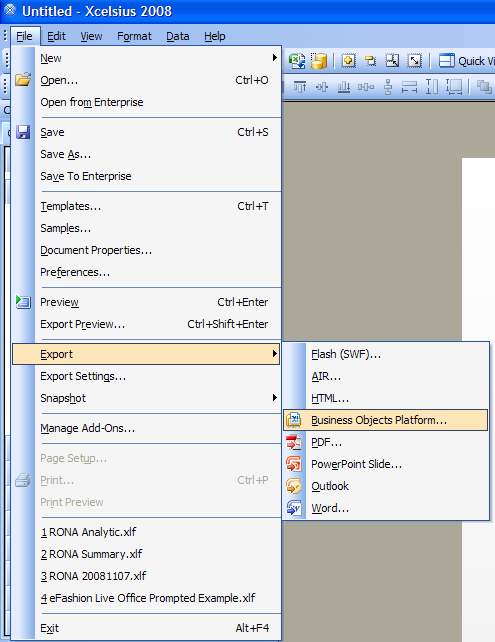 Desktop Intelligence, formerly known as BusinessObjects Reporter or “the full client”, used to be the only client application used to publish content to a Business Objects system. Although it’s the first Business Objects tool I learned to use, it tends to be a bit confusing with it’s distinction between Save, which is local, and Import From Repository/Export To Repository. The mantra at Business Objects has been “We’re not making any additional changes to Desktop Intelligence”; however, the workflow to “export” documents into the “repository” changed radically enough between version 6.x and XI R2 that it became a significant end-user training issue. 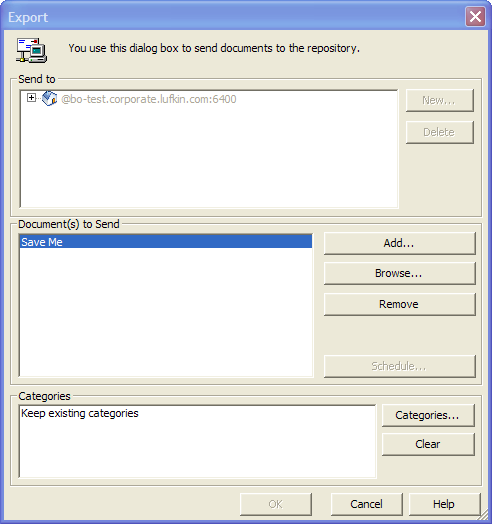 It would be far more elegant to abandon Import/Export in favor of Open/Save as is done in Crystal Reports. However, this is the current Save As dialog. No Enterprise in sight. 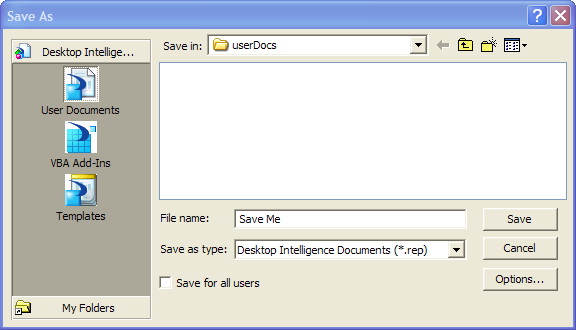 So that covers good and bad. Now for ugly. I’m bestowing that honor on the new Web Intelligence Rich Client (Webi RC). It’s the latest end user application in the Business Objects suite. Which is why it is such a profound disappointment that the Save As feature shares little consistency with any of the other tools, nor does it embrace the elegance of Crystal Reports 2008.

As you can see from the screen shot below, Webi RC is most similar to Desktop Intelligence with its distinction between saving and importing/exporting. 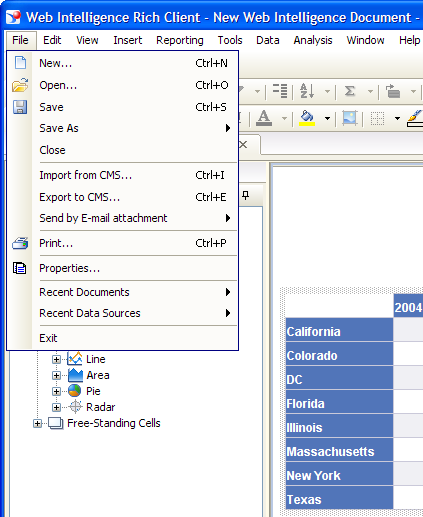 Personally, I find it a bit confusing to non-technical users on what a “repository” or “CMS” is. And why a separate workflow is required for something that is more analogous to choosing a local vs. a network drive to save a Microsoft Word file?

I am hopeful that the disparate development teams for these various products can come together, save our sanity, and add some consistency and simplicity to a basic workflow that users use everyday – saving their work. Assuming that Desktop Intelligence is going to remain in the suite for one more release, it would be great if it adopted a new Save As workflow as well as gained the support of the Publishing Wizard application. Let’s see where the Business Objects product road map leads us in 2009 and beyond…